Can You Crack a KeePass Database if You Forgot Your Password? 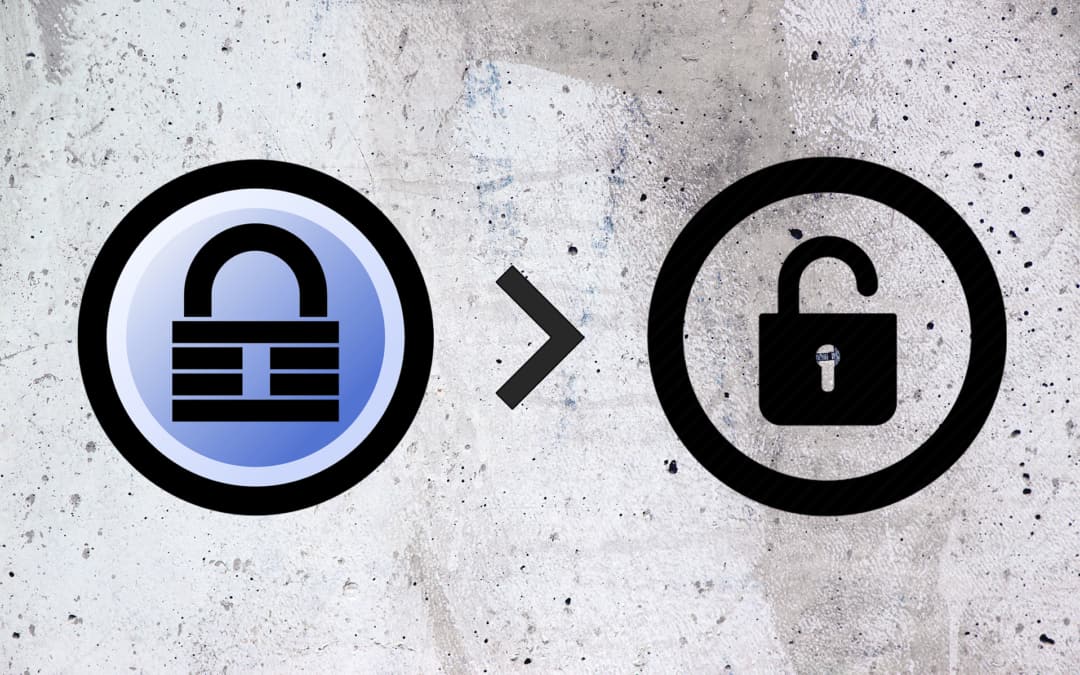 It’s certainly possible to crack a KeePass database, but is it practical? I often wondered this, not just as a security-conscious KeePass user, but as someone who forgot the password to one of my databases. So I looked for an answer.

If you look, it won’t take you long to find examples of KeePass databases being cracked. Some of the top search results, as well as recommendations from forum and chat users, reveal these 3 top sources:

They are good writeups. There are also articles on hackthebox and other various hacking challenges. These aren’t as useful for this situation.

Despite finding good resources on how one would go about attempting to crack a database, I’m not having a lot of luck actually doing so. I will show the steps I took in this article and wrap up with some final observations.

John the Ripper ships with a useful tool called keepass2john that can pass a KeePass database as a parameter. To run it, do the following:

Running the utility produces a hash that starts with the following (prepended with DBName:):

Great, now we have the password hash. Let’s get to cracking.

Next up, I fired up Hashcat to crack the hash. As of Hashcat version 3.0 the software supports KeePass with no custom algorithms needed to be defined. It’s worth mentioning Hashcat doesn’t support Chacha20 or Argon2 (v4 of the KDBX file format).

You can pass the file through Hashcat using a number of different options. Most instructions only show two types: attack mode and hash type. You can use brute-force and dictionary attacks. Each mode offers different types like masking, patterns, and straight mode (wordlist). You can view their wiki for more hash types.

A good wordlist is essential for testing. Here are a handful of options I found:

Since I’m attempting to crack a KeePass database, the hash ID used will be “13400” which references “KeePass 1 (AES/Twofish) and KeePass 2 (AES).” The command to get started looks something like this:

If possible, use your GPU to process a larger amount of hashes per second. This is what I did so I can utilize the full power of CUDA.

And now we are underway…

Bummer. We didn’t get it. This is a good thing, but I also created my own custom wordlist of what this password potentially is. It resulted in nearly 1,000 lines of handcrafted options. This attempt also failed.

Dictionary attacks are great for well-known, weak passwords. This is the fastest option. However, if your passwords are good, then a wordlist won’t do much for you. A well-played mask attack can crack a password not found in a dictionary as the next fastest option though. This will be much faster than brute forcing it. If all else fails, brute force is your other more time consuming and resource intensive option.

Some of these tools require compiling and others are for specific systems so I didn’t get too involved in these options. It was good to read up on them though.

From the resource page:

There is no binary file provided but there are instructions on how to compile it. To build mod0keecrack in Windows, open your Dev-command prompt and enter the following:

PoshKPBrute is a PowerShell Keepass 2.34 brute force tool. From the resource page:

This script provides a simple dictionary based brute force function called crack-keepassfile that allows you to run a dictionary file against a KeePass 2.34 .kdbx file. If it finds the key, it will dump all passwords as output as well as inform you of the master password.

KeePassCrack or as I originally read it, Keep Asscrack, is a simple KeePass password manager database cracker using a wordlist (dictionary). This is for Linux systems only. Much like everything else, this does not work on the KDBX 4.0 database format. This does work on the KDBX 3.1 format.

I struck out with wordlists, the fastest option. This is a good thing for public wordlists, as I didn’t use a weak password. Unfortunately, the custom wordlist I crafted by hand (nearly 1,000 lines) was also a bust.

I also kept exclusively in Hashcat. If I were to try this again, I would try to use John the Ripper more. John can run with a wordlist, just as Hashcat, using the “–wordlist” parameter. It would look something like this:

Cracking KeyPass Password with John The Ripper by Miloserdov also shows commands to iterate passwords by length. You can also specify CPU or GPU. I’ll have to play around with this to try to limit the scope. Masking and iteration would be the next step to try.

After that, I’ll have to decide whether I want to attempt to brute force this thing, either with my existing hardware or put something together to start plowing away. I am reminded of advice that keeps coming up with brute forcing though:

I suggest not wasting your time.

As mentioned in Is KeePass Safe to Use?, there was mention of Part 1* and Part 2* of case studies by harmj0y. They go into way more depth on the security efficacy of KeePass through practical means. Fantastic stuff.

Update: The harmj0y case studies appear to be down. Here’s a link to the slide deck to his presentation on the topic: A Case Study in Attacking KeePass. Also, here are the original blog post URLs in case they return: