The End of Jobs

The End of Jobs Book Review

I went into this book without knowing who Taylor Pearson was. As I read through the book I was blown away by the preparation Taylor had done.

Just keep this in mind when looking to do an internet based business: there’s a lower cost to get started and a larger potential upside to exposure. The level of freedom available today is greater than ever – should you choose to seize it.

Onward to the Takeaways

Friends with jobs seek out and are happy with cost of living raises (not really raises). The entrepreneur friends are beset by opportunities.

“Jobs are getting more competitive and less profitable, while entrepreneurship is more accessible, safer, and profitable than ever.”

“…those in the traditional knowledge economy with jobs that don’t rely on physical presence—bookkeepers, accountants, etc.—are competing with a very hungry, very motivated global workforce living in places with much lower costs of living.”

Computers are taking over large segments of the economy. Couple that with an ever increasing number of users on broadband internet, we’re looking at massive efficiency gains at the cost of traditional jobs.

Degrees are getting more expensive and becoming less valuable. A degree used to guarantee a good job, it doesn’t anymore.

We may not be in an economic recession but rather a transition between 2 distinct economic periods.

“It’s more difficult to enter this new entrepreneurial economy than it will be in 10 or 20 years, but the rewards are probably as high as they’ll ever be.”

Instead of getting a MBA or expending a ton of resources to land a corporate job, start a business or get an apprenticeship.

Entrepreneurship is safer, more accessible, and more profitable than it has ever been.

Regular jobs are risky because the person may be comfortable and not adjust at all. The longer the market goes without a correction, the larger those corrections are when they happen.

The internet is bringing “the long tail” to every industry.

If you’re in a job, you’ve given up control and you’ve capped your maximum potential.

You can become more entrepreneurial and increase probabilities of a desired outcome.

“While it’s hard (and unlikely) to imagine becoming the next Zuckerberg, almost everyone can start doing something more entrepreneurial by stair-stepping their way up.

I left out specific examples that help drive the points home. You really should give this a read if you’ve ever thought about breaking into entrepreneurship. It will give you research and data necessary as to why “now matters” from an economic perspective. 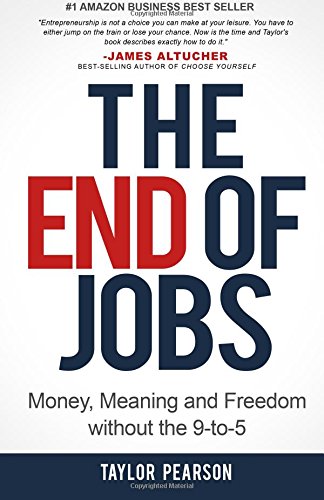 Get it on Amazon Today


Subscribe to my email newsletter to stay up to date and occasionally receive digital goodies.

Brian Tracy once said to turn your car into a university on wheels.

The idea was to make use of the 20 to 90 minutes you spend in your car each day. Every small bit of driving time can add up. You'd be amazed on what kind of material you learn on a weekly basis.

Now it feels like we have more personal device options than we can even count.

Your personal university is now even more portable.

through the Windows 10 app, Android phone, Android tablet, iPod Nano, and occasionally iTunes. I can continue my audiobook anywhere and at virtually any time. If you haven't tried Audible