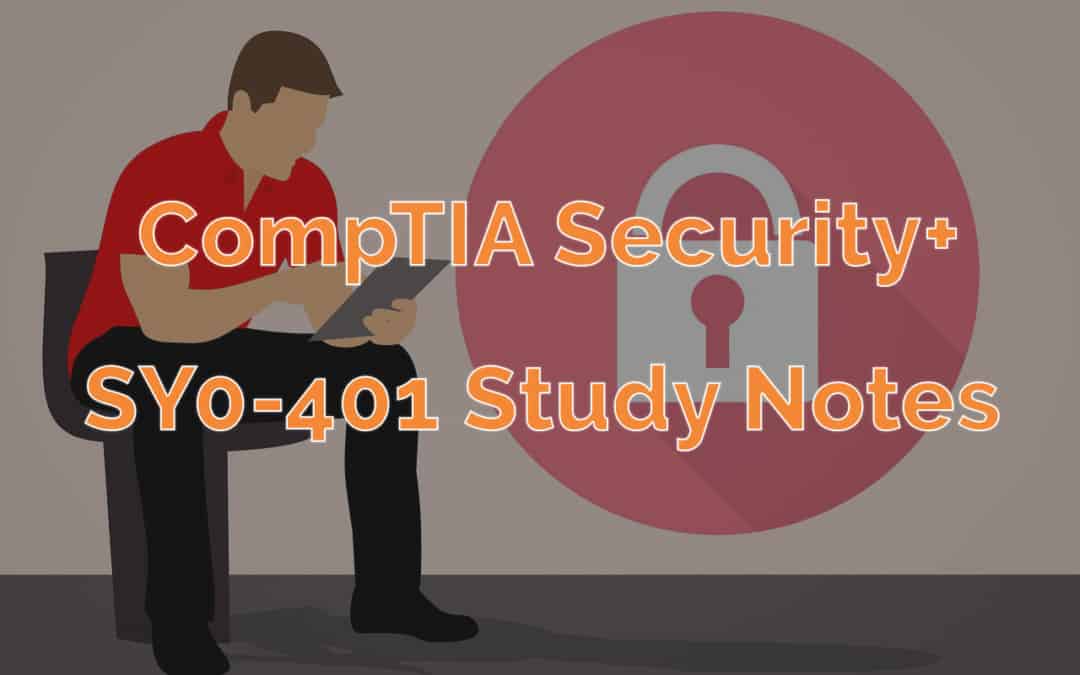 Welcome to the CompTIA Security+ Sy0-401 exam study notes. This is quite the wall of text so a fair warning if you’re allergic to large amounts of words.

As much as I wanted to throw in images and videos, it just made this article load too slow.

The information in this guide is organized in structure and in similar content to Darril Gibson’s book, CompTIA Security+: Get Certified Get Ahead: SY0-401 Study Guide. Between his book, his website, and Wikipedia, you’ll have what you need to pass.

Again, I did not order this guide by the Sy0-401 exam objectives. This study guide is based on Darril Gibson’s book. I used a bit of my words, Darril’s structure (including a few Simpsons references he makes), Wikipedia, and a few other publicly available study guides to format this guide.

Hopefully the result is more readable than the huge amount of notes I took in my Evernote on the subject.

Know going into this that you won’t retain all industry knowledge at all times. I’ll happily admit I don’t have this entire page of notes memorized. What’s more important is taking notes and knowing where to look when you need to recall something or fix an issue.

Treat these notes as a review. You should be shaking your head yes as you go through these notes. Learn and retain as much of the concepts as possible. There’s no shortcut to being an IT pro. Put in the work and and do great.

Blocking Malware and Other Attacks

Anatomy of an Attack

Woohoo. We did it. Over 14K words of CompTIA Security+ Sy0-401 goodness. Let me know what was easy for your and of course, what you had trouble with.

Update: If you’re interested in going further, the next certification that makes sense is the CompTIA CySA+ exam. Head over to the CS0-001 exam overview to read more. When you’re ready for the exam, jump into the CS0-001 exam study notes post to review your stuff. This one isn’t too bad. It’s essentially a continuation of the CompTA Security+ certification. However, you’ll still need to practice and review to learn the processes!