About Those Acclaim Emails You’ve Been Getting…

You may be wondering why you received so many Acclaim emails. I wondered that myself.

Turns out Acclaim is a social platform for displaying earned badges. The badges can be official certifications or supported completed courses. This is a great idea to have a trusted intermediary to help verify earned certifications.

This doesn’t mean CertMetrics is going away. For those that don’t know, you can go to CompTIA – Candidate Login – CertMetrics to view CompTIA exam history, submit CEUs, and update your candidate information.

In fact CertMetrics actually has a link in the menu bar to go to Acclaim. 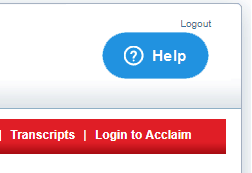 If you haven’t made an account at Acclaim, you can sign up from the cert acceptance link within the email. As a security person, I normally don’t advise clicking links in emails, but you can save a bit of time in filling information since they prefill it in. Just make sure the email is actually from Acclaim though. CompTIA sends it on behalf of Acclaim. You may also see wording of Credly, which is the company behind Acclaim.

If you’re against links in emails (bravo by the way), you can signup through the CompTIA candidate login. Either way, do it through CompTIA so you not only save time with inputting information, but also save time in the cert verification process as well.

Wait, What About LinkedIn?

This feature is no longer possible although you can still add certifications to LinkedIn. You just won’t get the images and verification links.

With Acclaim, you get both.

The first thing you’ll see within the cert acceptance area is the request to claim the cert itself. This is after you confirm your new account if you haven’t already. 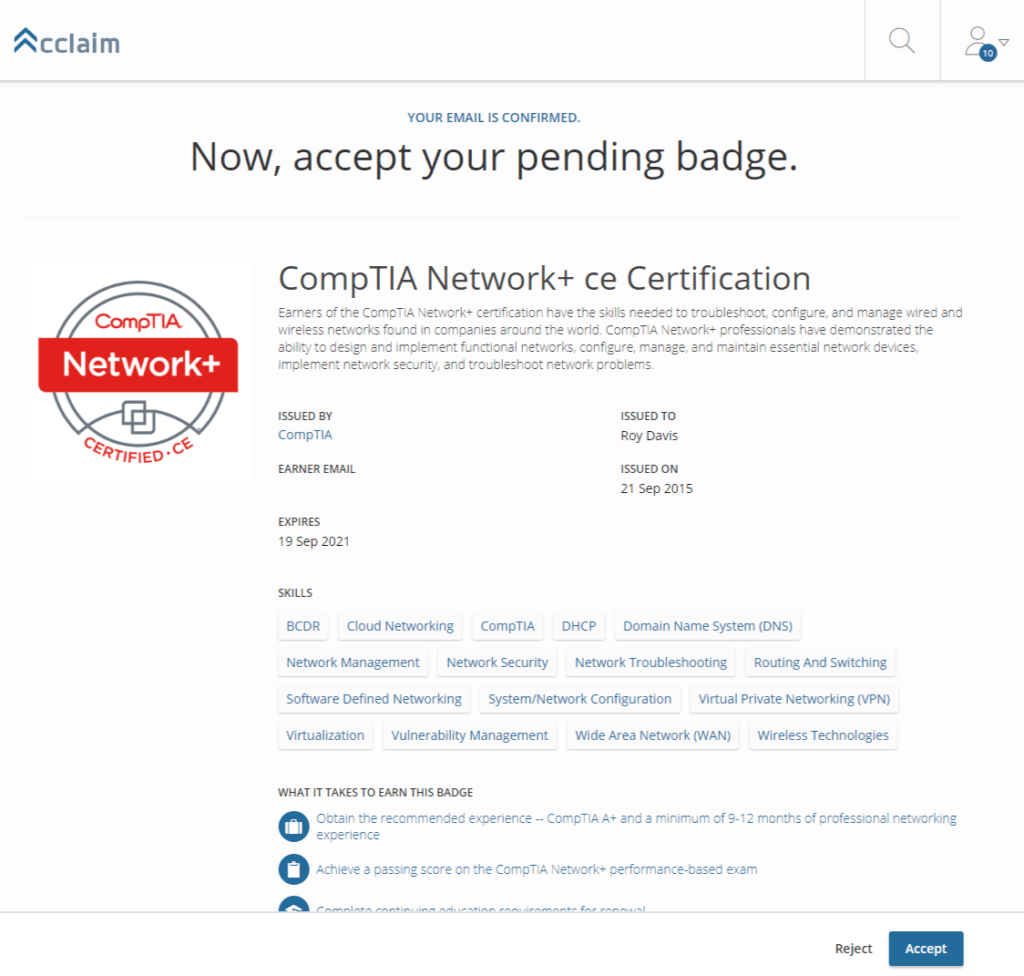 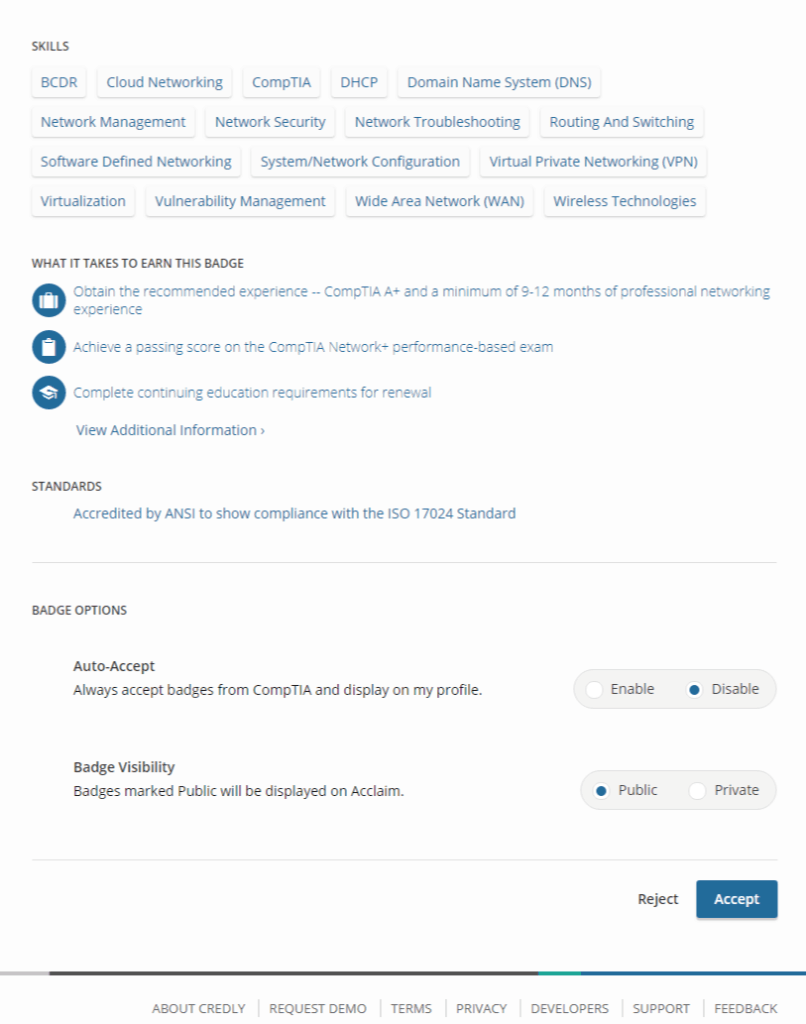 I love how much information is available about the cert. This is great for those who know nothing about what these certs stand for.

You also have the option of auto-accepting badges from providers as well as visibility options. Very cool.

I didn’t auto-accept CompTIA at the time since I wanted to see all confirmations available. I had 10 badges waiting for me!

They count the CE version of certs, even if you have a pre-CE version cert and passed a post 2010 exam.

After you accept it, you’ll get a confirmation message. 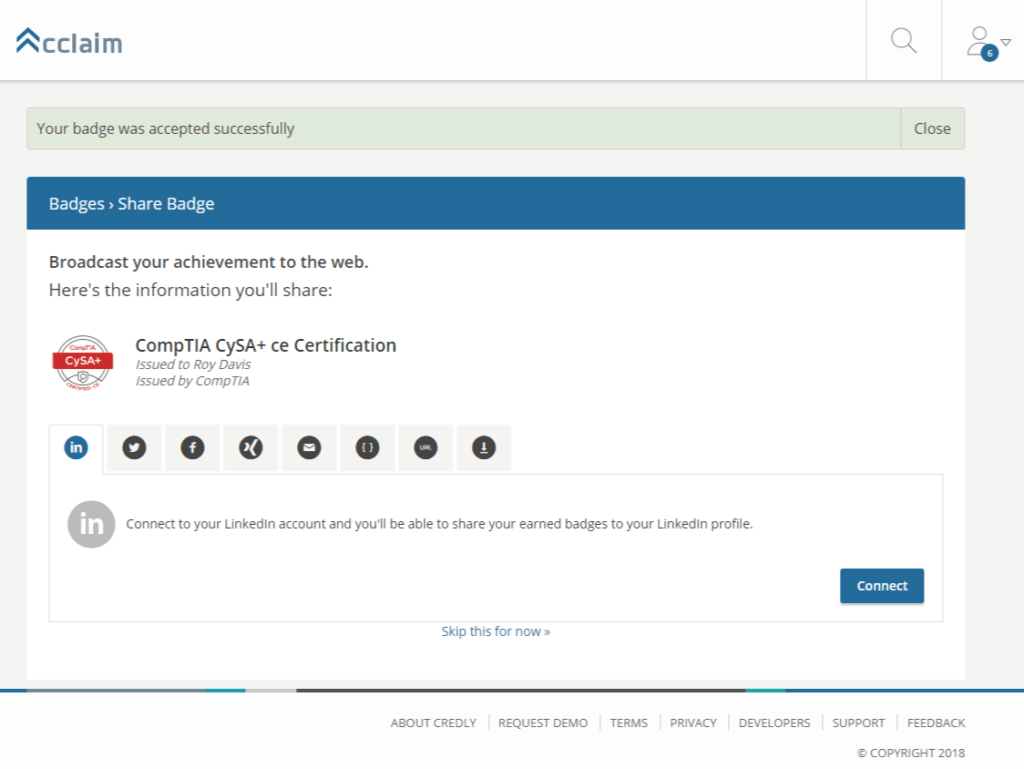 You can share your achievement in a manner of ways or you can simply skip it.

It’s still early to determine the full extent of its use, but the Acclaim platform looks like a great addition to your social media portfolio.

If you haven’t already done so, go ahead and fill out the profile part and add your links to it.

Get that exposure going.

In the comments below, let me know what you think of the Acclaim platform. Did you already set it up or is this the first you’re hearing of it?